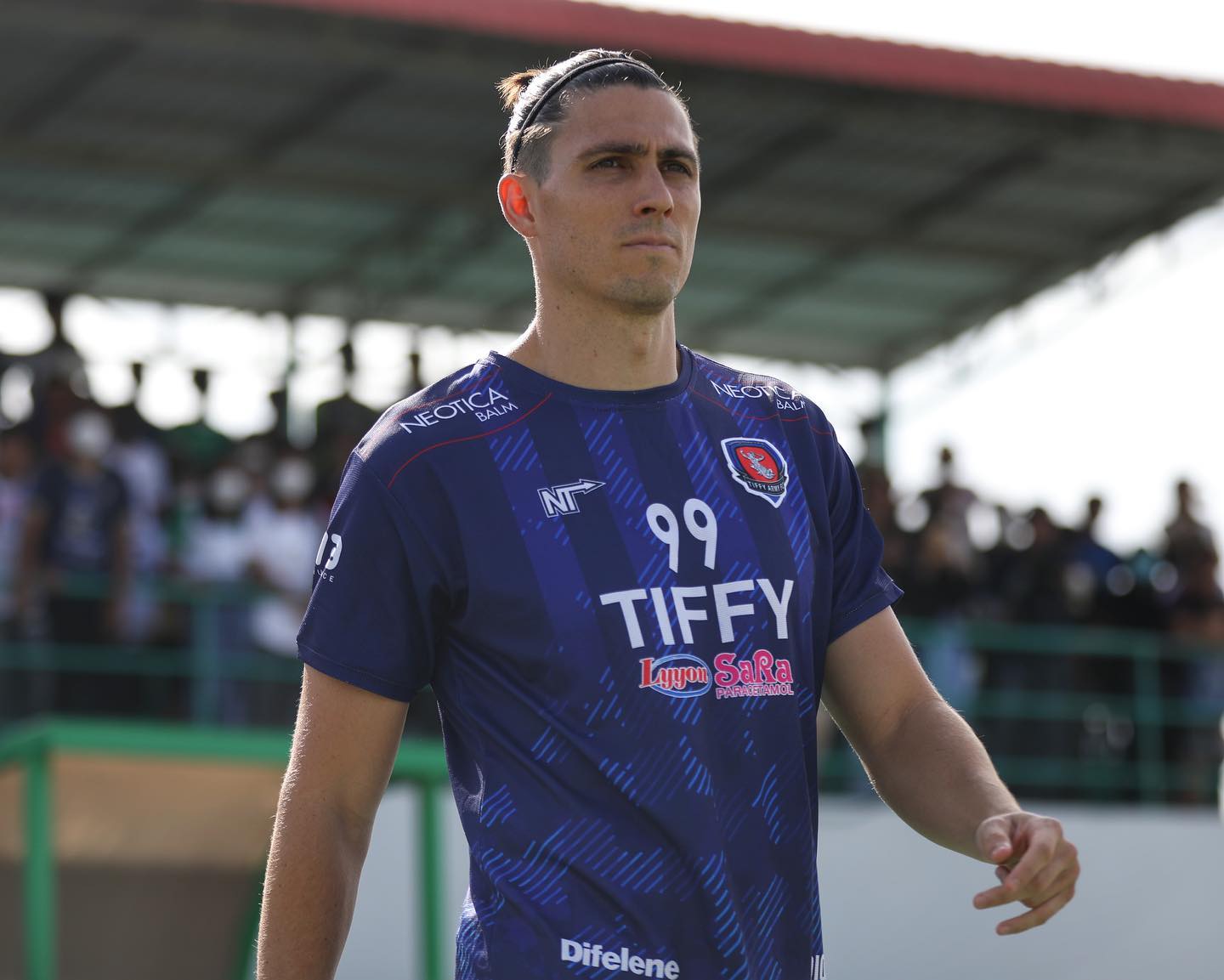 Jonny Campbell has truly had a unique soccer career as he took a gamble and found success in Asia. Now, after the plight of the COVID-19 pandemic and searching for a new club, the center-back has made a return to Cambodia to play for Tiffy Army FC.

The center-back has been one of the few Americans to buck the trend of heading to Europe by taking the gamble on finding opportunities in Asia. During that time, he has found success, particularly in Cambodia where is one of the most popular foreign players in the Premier League.

After a short stint in the Philippines and a return to the United States, the 31-year-old has now returned to the “Land of the Khmers” to help improve the fortunes of Phnom Penh-based Tiffy Army.

It’s been a few months since Campbell returned to Cambodia and he told Yanks Abroad what it was like for him to be back in the country.

“Ever since I’ve returned to Cambodia Premier League in late June, it’s been as if I returned to my home away from home,” the Tennessee native said. “Because the way the football fans of this country love and support me is something very special. Also, the players and staff welcomed me with a lot of respect, because of what I’ve achieved in the past in Cambodian football.”

Campbell’s journey in Cambodia started in 2018 when he signed with Phnom Penh Crown FC. After performing well with the team, he earned a move to Preah Khan Reach Svay Rieng a year later. This is where he would get his first taste of league success when he helped the team win the league title.

After coming close to winning the league again in the 2020 season, the East Tennessee State University alum decided to test himself further by heading to the Philippines to sign with United City. The move would put him on a bigger stage as the club was set to play in the AFC Champions League.

Then the COVID pandemic struck, putting many things on pause. This also put Campbell in a very difficult situation as United City was forced to head to the Middle East for pre-season training and then to Uzbekistan to play their Champions League games. Ultimately, his time with the club ended abruptly as Philippine regulations had prevented foreigners from entering the country during the pandemic and the league season was canceled. So there was nothing left to do but head home.

“I decided to visit my home in Tennessee for about a month, before heading down to Miami to visit friends, but also play football regularly and keep my sharpness and fitness levels up,” he said. “Then, I returned back home to Tennessee in December to spend time with my father and friends, because I had some potential moves back to SE Asia that ended up not materializing in December/January time period.”

“After these didn’t materialize I decided to start searching in the U.S. for clubs that would be interested in a 30-year-old American center back, but most clubs were only looking for younger players, so this part was very challenging.”

With a resume like Campbell’s, it would seem that a host of clubs would want to take a chance on him. However, the path to getting signed by a club stateside would be a challenging one.

“I spent a month with Hartford Athletic in the USL Championship and got some friendly matches in against New England Revolution and New York Red Bulls, but these preseason trials without a contract are always tough situations because you’re never safe without a contract,” Campbell explained. “One mistake or you do something the coaches don’t necessarily like and you’re out. So, it was a good preseason, but also a preseason that I never felt relaxed which when I’m relaxed and confident is when I play my best football.”

Despite the setback of not getting a contract with a USL club, there would a silver lining in that dark cloud when he landed in the National Independent Soccer Association.

“The opportunity came to sign for Syracuse Pulse in the NISA was exactly what I needed to get games, sharpness and match fitness,” said Campbell. “Coach [Peter] Fuller brought me in and I enjoyed working with him a lot. He’s a super nice guy, good coach and also a very good man manager. He always keeps his players laughing and in good spirit.

“So, I enjoyed my time with the Pulse even though it was short, and also it’s a club who’s just starting up, so a lot of obstacles to overcome. Overall, was a good experience and was exactly what I needed to stay fit, play games and wait for my opportunity to move my football career back abroad.”

While there were benefits to playing with the Pulse, Campbell still had that burning desire to get back to Asia. That opportunity would eventually come during the summer when Tiffy Army came calling for his help. So in June, he was on a plane heading back to his home away from home.

Tiffy Army is well out of contention for the league title, but since the center-back has joined the team, there has been some improvement as they have guaranteed their status in the Premier League for next season.

“I think they were mainly struggling with confidence and consistency in their performances,” Campbell said of the team prior to his signing. “I think bringing me in, maybe gave players more confidence to play with more freedom. I’m very positive with my communication on the pitch and also I look to cover players instead of playing to always win the ball, so I believe this style of defending gives other players around me a bit more freedom in how they are able to play. They can be more aggressive in their defending, because they know I’m going to cover them.”

Upon his return to Cambodia, one game that Campbell had penciled in was a clash with his former club, Preah Khan Reach Svay Rieng, the current league leader. It would be an emotional return on July 16, to the place where he played for two seasons as his side came away with a positive 1-1 draw.

“We played them in Svay Rieng, so it was special for me to return to my former club,” said Campbell. “A lot of the players and staff are still really good friends of mine as we spent two years together. So, it’s really nice to catch up and chat with all of them.”

“But once the whistle blows, I’m trying to win the game for my club and that’s all I was thinking. Svay Rieng have been on fire this season, so it’s always going to be a difficult game against them, but we were able to earn a draw away from home which was a positive result even though we were very close to winning the match.”

Jonny Campbell truly has an extraordinary story. From graduating college to finding a path into the professional game to finally achieving his dream and becoming a champion in Cambodia. It is a story that every aspiring soccer player could find inspiration in.

When he does wind down his playing career, Cambodia will certainly be at top of his memories.

“When I played in the U.S. I was young and inexperienced, so I was learning how to be a pro and also improving myself as a footballer at that level,” Campbell recalled of his early beginnings as a professional player. “I believe Southeast Asia gave me the platform to be selected in the starting XI every match as a foreign player and really show what I can do in match play.”

“Also, being a foreigner you’re in the spotlight with every performance, so you have to perform and I believe that’s also something that drives and pushes me to be a better version of myself every game. I enjoy having more weight on my shoulders, because when you give your best and perform well, then people love you for it.”

Born in America, but raised in Europe and Asia, Kenya has loved soccer ever since his parents put a ball at his feet. While covering some of the top U.S. players around Europe, he loves putting the spotlight on players who are based in leagues off the beaten path. He also interviews coaches and other people in the game to gain more insight.

Bryan Reynolds: In the Right Place