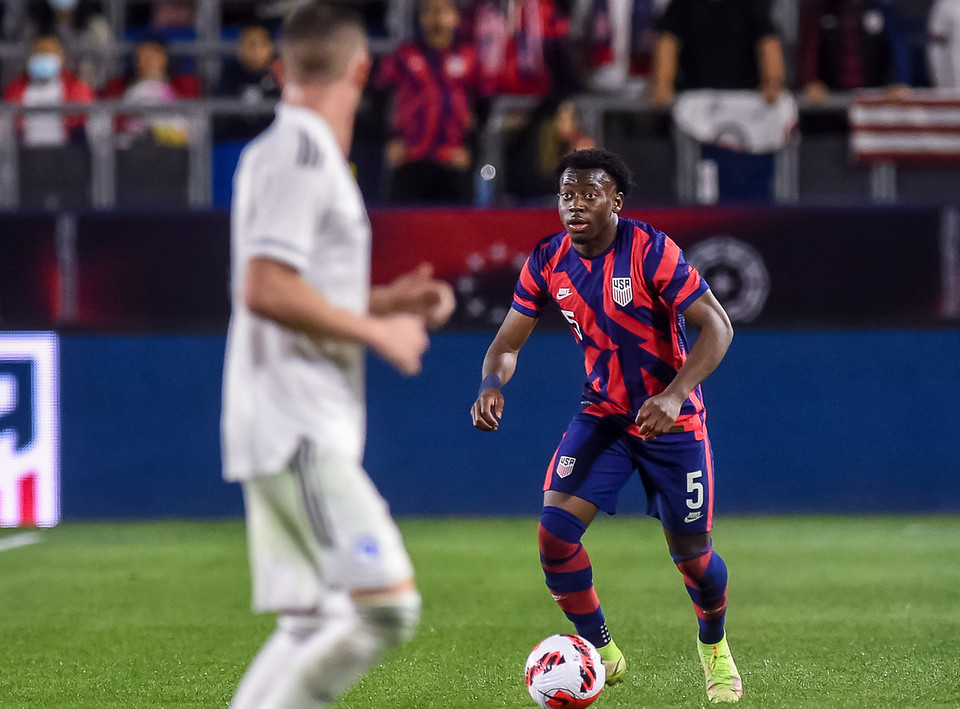 Arminia Bielefeld left back George Bello has been called up by Gregg Berhalter to replace Sergiño Dest, who suffered a hamstring injury in Barcelona’s Europa League game on Thursday night.

The move was easily predictable before Berhalter’s 27-man roster was announced on Thursday night, after Sergiño Dest was forced to exit Barcelona’s win in Turkey barely two hours before the roster for the upcoming qualifiers was announced.

Bello, who joined Bielefeld in the winter transfer window after leaving MLS club Atlanta United, has played 165 minutes over 5 appearances for the German Bundesliga team after making the trip across the Atlantic Ocean.

The Nigerian-born outside back has already played six times for Gregg Berhalter’s team. Most notably, he was in the starting lineup for one of the American’s three victories over archrivals Mexico last year, the 1-0 win in the CONCACAF Gold Cup.

The team will gather in Houston following this weekend’s game, and open the trio of qualifiers in Mexico City on Thursday night.

With starting left back Antonee Robinson and veteran right back DeAndre Yedlin both healthy and on the roster, it is highly unlikely that Bello will be inserted into a starting role against Mexico on Thursday night.

However, with a grueling schedule of three games in the space of six days, some playing time, if not a start against either Panama or Costa Rica, is certainly in the cards. His last outing in qualifying came in October in the team’s disappointing loss at Panama, although he more recently played 84 minutes in a December exhibition by the Stars & Stripes against Bosnia & Herzegovina.

Bello will join the team missing many key players as they embark upon their final three qualifiers on the way to the 2022 FIFA World Cup in Qatar.

The team is currently in second place in the CONCACAF standings, with the top three automatically qualifying.